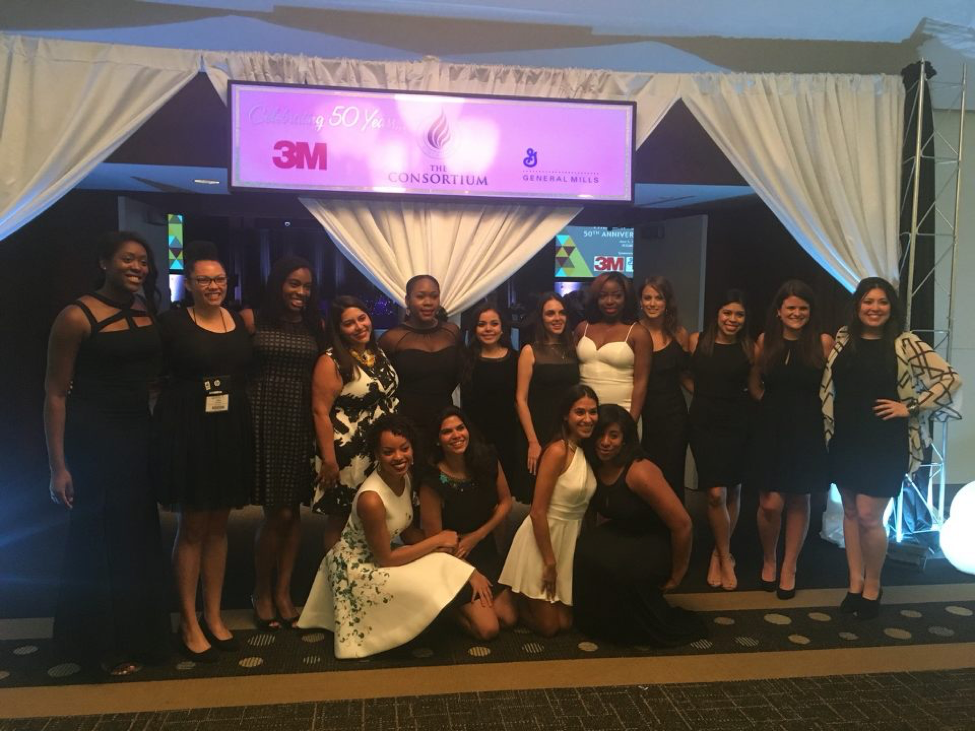 Around this time last year, I was preparing essays for business school applications. I applied to three schools through the Consortium for Graduate Study in Management and ranked NYU Stern as my top choice. There are clear benefits to applying through the Consortium such as the possibility of a full tuition scholarship and lower applications fees, but there are also less obvious benefits. Applying through the Consortium allowed me to earn an internship early and build strong relationships with some of my classmates prior to arriving on campus and also allowed me to extend my network to business schools beyond Stern.

Applying through the Consortium was the perfect opportunity for me. As a black woman, I have always served as an advocate for increasing diversity. The Consortium has a mission to increase the number of Black, Hispanic, and Native Americans in business schools and subsequently corporate management. Anyone who supports this mission can apply to NYU Stern through the Consortium. As mentioned earlier, benefits include a lower application fee and a chance to earn a full tuition fellowship. Additionally, the essays are typically shorter for the application (which admittedly could be an advantage or disadvantage).

It is a requirement for everyone who applies through the Consortium to attend the Orientation Program. This 6-day event features students from all of the Consortium schools and recruiters from the companies who partner with the Consortium. The agenda is jammed pack with speaker events, panel discussions, interviews and happy hours.

During the Orientation Program, I interviewed with 7 companies (I don’t recommend this. Focus on 3 or 4 companies) and eventually accepted an Offer with Amazon in Seattle, WA. Accepting an offer before seeing all of the available opportunities may seem daunting to some people but for me it was a huge relief. Juggling recruiting, classes, and clubs is not an easy task. Accepting an offer allowed me to allocate more time towards clubs and classwork.

Now that we are on campus, we still spend a lot of time together. For example, this year, one of the Consortium fellows held a barbecue at her home in Harlem and another fellow hosted a game night in Brooklyn. The week before Thanksgiving, we met up for a mini Thanksgiving dinner.

The best example of our comradery occurred after the killing of Terence Crutcher. We all came together to figure out what we could do in response to the death of another unarmed black man. A simple text message turned into a schoolwide event after we invited the entire Stern community to come together to show solidarity for black lives. It was amazing to see our classmates come out and support an issue that is so important to so many of us.

The Consortium allowed me to connect with students from other business schools who I otherwise may have never met. Attending the Orientation Program allowed me to not only build relationships with other Sternies, but also fellows from other schools. It’s good to know students from other schools when you go to recruiting or networking events. These events can be awkward if you don’t know anyone so seeing a familiar face is always nice. I also already know two other consortium fellows who will be interning with me this summer in Seattle, WA.