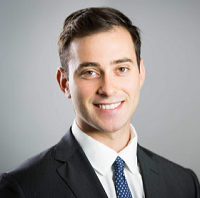 Sam is an MBA2 specializing in finance, business analytics and strategy.  At Stern, he serves as a VP of Mentorship with the Private Equity & Venture Capital Club and VP of Communications with the Entrepreneurship & Start-Up Association in addition to other leadership roles on campus. Sam graduated from the University of California, Berkeley in 2015 with a Bachelor’s in Molecular and Cell Biology.

I recruited in the fall with a class of nearly a hundred Stern students for Investment Banking. Unlike most of my classmates, I did not secure my internship offer in the second week of January. After on-campus interviews and final round interviews had finished, I was without an offer and faced with the difficult task of recruiting in the Spring recruiting cycle. Instead of perceiving my process as failed and broken, I stayed positive, doubled down on my interview preparation, invested time in networking and moved forward. In the subsequent weeks, I went through a series of first round and Super Day interviews and in the second week of February was relieved to receive an internship offer at Stifel.

I started my internship in June and was fortunate to be placed with the group with which I had the most interactions during the recruiting process, the Global Technology Group. The Global Technology Group at Stifel had recently acquired a boutique middle-market technology, Mooreland Partners, that specialized in middle-market technology M&A deals. As a result, the Global Technology Group grew to over 100 investment bankers around the world and significantly enhanced its senior experience across sub-verticals. I sat  (virtually) in New York City, the global headquarters, and worked with colleagues in San Francisco, London, China, Japan, Germany, Brasil and Israel among many other nations. Over the course of the summer, my staffers exposed me to each of the four verticals in the Global Technology Group: Software, Electronics & Industrial Technologies, Tech-Enabled Services and Internet & Digital Media while maximizing my interactions with as many bankers in the group as possible.

One of the amazing parts of my internship was working with over thirty investment bankers in New York City from all levels: first year Analysts through seasoned Managing Directors. I gained exposure to senior leadership across the firm in Consumer Retail, Healthcare, Gaming and Technology through programmed virtual, yet intimate, fireside chats. In these small group settings, the other Summer Associates and I gleaned valuable insights into how many of the senior bankers built their careers – some of them had transitioned from MBAs into Investment Banking themselves. It was a nice way to learn more about the future of the career path and how the responsibilities will increase at each level in Investment Banking.

Overall, I got to see two live sell-side processes, a buy-side process, an endless number of pitches and multiple cross-collaborations between different coverage groups across through firm. It was interesting to observe different stages of the deal process through different deals. For example, one deal showed me how a deal is initiated through an exclusive advisory agreement and management call with the C-suite team while another deal exposed me to a more advanced staged of a deal after a confidential information memorandum (CIM) had been completed and the deal team was going to market. In all, the experience helped me see how deals progress through managing day-to-day transaction execution.  In addition to working on live deals, I worked on client facing marketing material that the group uses to garner interest from investors, sponsors and strategics. I had the opportunity to dig into some interesting sub-verticals in the group including Cyber Security and Enterprise Software to update the materials with the latest market research and competitive analyses. It was an incredibly stimulating and educational experience that showed me the role of Investment Bankers in advising companies on strategic and financial decisions.

While my process was atypical compared with many of my peers and classmates, it taught me a few valuable lessons that I will take with me into the future of my career. For one, struggling to secure an offer instilled in me the importance of perseverance in approaching adversity. It is important to stay positive when working toward a goal and to control what is in one’s control: attitude, preparation and execution. The experience also inculcated in me a deep appreciation for the power of the Stern community and brand. I owe a lifetime of thanks to the alumni, office of career development, MBA2s and my MBA1 peers who provided moral support and constructive feedback throughout the process. I’m thankful to the Stern network, in particular Serena Lu, an ex-Stifel investment banker and Stern graduate who helped me navigate the recruiting process on-campus for Stifel. Lastly, I’m grateful for my friends and family who made the hard work, late nights, early mornings and everything in between worth the challenge and effort.