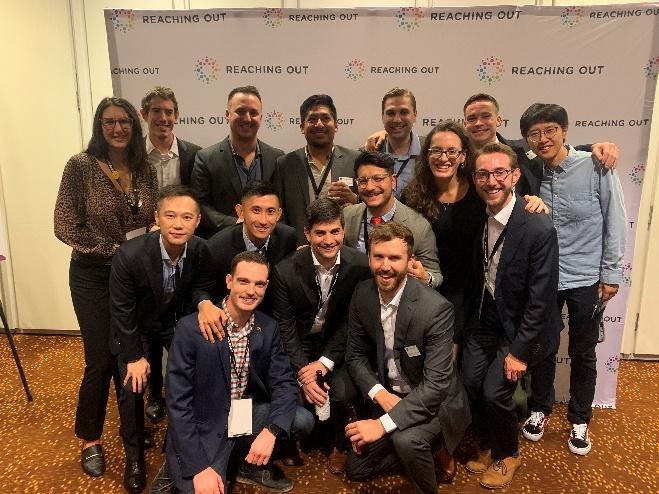 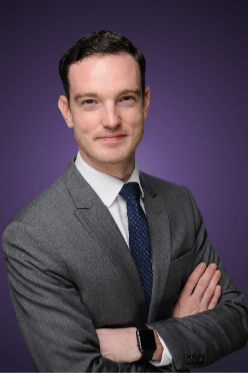 Gage Kaefring is a current MBA2 and will be joining PwC Strategy& in their Healthcare Strategy and Operations practice upon graduation from the full-time, two-year program. At Stern, Gage serves as the co-president of OutClass, the LGBTQ student group on campus, and as the VP of Marketing for Stern Chats, the Stern podcast. He is specializing in Leadership, Strategy, and Analytics.

When I was applying to business schools nearly two years ago, I knew it was going to be nearly impossible not to be out in my application. I had served on the board of an LGBTQ advocacy group in Minneapolis for several years and at the time was one of the lead volunteer coordinators for an LGBTQ youth center in Seattle. I was also the head of my office’s LGBTQ Employee Resource Group and you really just had to take a cursory look at my Instagram to see a plethora of rainbow flags. Going back into the closet simply wasn’t an option.

It was because of this position that I thoroughly evaluated the prevalence of the LGBTQ student communities for each of my potential schools. Of all the schools I applied to, Stern’s was easily the most engaged. They called me before my on-campus interview and I was able to meet with a current student immediately after the interview concluded to get her perspective. The then-presidents of the organization fielded my questions and made it clear that they would be thrilled should I gain acceptance.

Through a stroke of incredible fortune I did manage to gain admittance to Stern and the notion of a tight-knit, queer family turned out to be far more than I had ever hoped. In business school, recruiting starts early. Like, really early, almost as soon as you set foot on campus. For the LGBTQ students it starts even earlier. The national Reaching Out MBA (ROMBA) organization hosts a conference before most on-campus recruiting starts and queer students are tossed immediately overboard into the sea of corporate presentations, networking, and even interviews before their peers. Luckily, the second year MBAs (MBA 2s) at Stern are right beside you, treading water and helping you stay afloat. Their enthusiasm for your success is at the same time endearing and empowering. You feel like you have a genuine cheerleader, or, to beat this metaphor to death, a lifeguard.

This past year, it was my turn to shepherd the MBA 1s through their ROMBA experience. Having been thrown in just last year I knew how exciting, energizing and overwhelming the conference is. More than 30 schools are represented and nearly 100 companies, each bringing their best, most accomplished, most well-dressed queer representatives to network and hear lectures on different industries. This past year the conference took place in Atlanta and I approached my role as the facilitator MBA 1s with an enthusiasm that, looking back on it, probably unnerved them just a bit. Each year Stern turns out one of the largest contingents to this conference and this year was no different. A cadre of MBA2s helped our younger classmates network, get into the right events and, most importantly, truly enjoy the conference. Obviously in Atlanta, this last piece means visiting the Coca-Cola Museum (it was also Atlanta Pride, so I was sporting my best rainbow bandana).

While OutClass may be a powerful example of the communities Stern is capable of building, it is only one piece of the broader community. On the LGBTQ front I have seen some incredible support from my classmates, both straight and otherwise. Everyone on campus gives you license to truly be yourself and not fear any judgement. They celebrate your identities with you and are genuinely interested. There’s no better example of the ally community showing up for OutClass than our end-of-year party. Appropriately named School is Out and So Are We, it is the final celebration of the school year and an absolutely joyous occasion for the entire Stern community to come together. It also helps that there is a wildly entertaining student drag show midway through the evening.

The level of commitment that Stern students show to their community has been easily the best feature of business school for me and I am so grateful to be surrounded by such caring people, gay, straight, and otherwise.