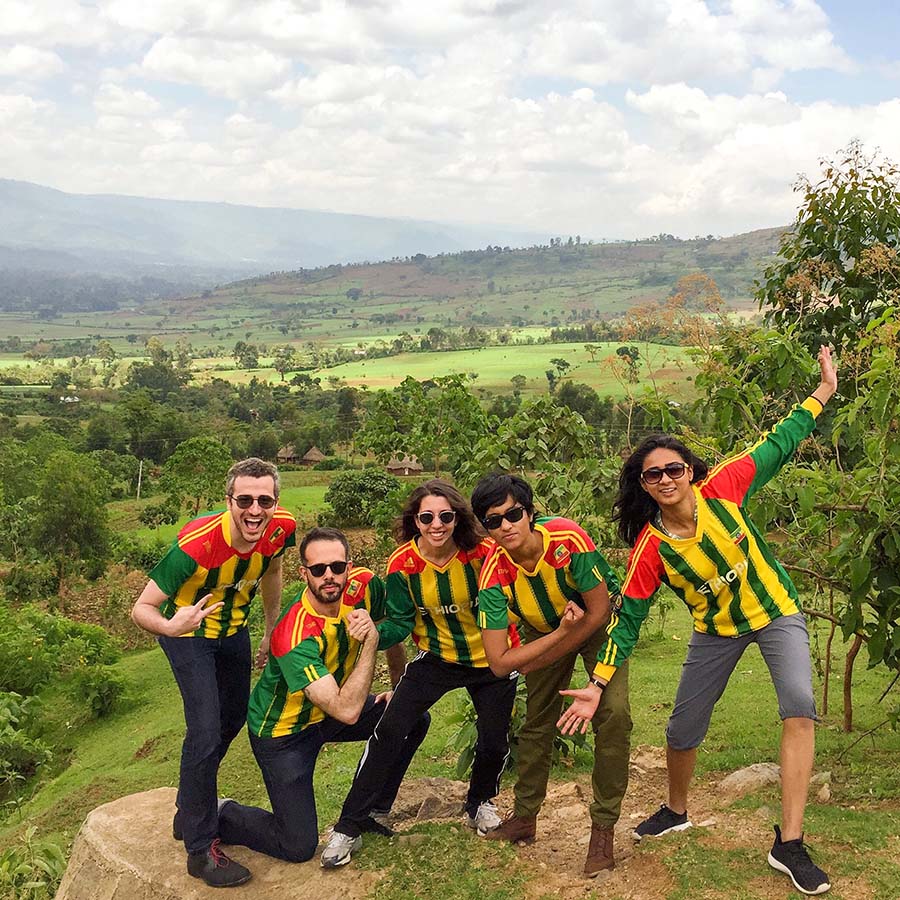 Last Spring, Sarada Anne, one of my best friends at Stern, had the opportunity to take part in what she lauds as her favorite class to date.  Sarada is originally from Hyderabad, India.  She received her degree in industrial engineering and has a background in consulting and real estate.  This summer she interned in investment banking at Barclays, and she will be returning there for full-time.

Sarada and four other Sternies participated in one of the Stern Signature Projects (SSP) that have a specific focus on urbanization.  SSPs are organized around specific interests like human rights and film distribution.  They cover diverse topics, and the projects themselves tend to vary semester-to-semester.

Here’s what Sarada had to say:

What attracted you to this project?

So I come from a real estate background, which is why the urbanization project was very interesting to me, because I was a private real estate developer.  In India at least, the residential projects that people are doing are far outpacing the initiatives that the government is taking to plan for infrastructure.  So that was one of the things that attracted me to the project.  The problem was very interesting.  I also wanted to take a class that let me work on a real world initiative and was unlike any school experience I’ve had before.  The team was also fantastic.  I didn’t know who my team would be going in, but the other students who the Office of Student Engagement (OSE) brought together were the most highly functional team I’ve worked with.  We all had very diverse backgrounds and skills, but maybe because of that it was smooth from day one, and they really helped make the project enjoyable.

What was your impression of the issue at hand?

The national government is trying to build up the city, as it’s one of the cities identified for their development plan.  So it’s a small city now, but they have big growth plans.  That’s basically the problem for the urbanization project.  They do believe urbanization is a good thing—urban density, population density, brings a lot of amenities and all that good stuff—but at the same time, there’s a lake in the middle of the city, and they’re setting up industries like textiles, which has already affected the lake.  So if there’s more industrialization, the lake could suffer.  So that was the project.  Hawassa has to grow, so how can we do that and save the lake?

How much of your project was new compared to what was already being done?

Patrick has already been working with Hawassa.  He’s been there.  He knows the city.  So with his help, we didn’t have a lot of issues.  But this was a new prompt.  In the past, the Urbanization Project worked with the city government on multiple projects.  This [SSP project] was going to be the new big pitch that we were going to give the mayor of the city.  So we did a lot of research, and most of it was done here [at Stern] since we only had a week there [in Hawassa].  We had a basic idea in mind.  We knew what the lake was, what the issues were, so a lot of the brainstorming, a lot of the research, and the solution generation happened here.  That was maybe 70% of it.  Then it evolved when we were actually there.  We talked to the government officials and continued to learn more about what they wanted.  Then Patrick really helped us out with designing the boulevards, the lanes, the road systems, things like that.  Ultimately we were able to create a modern urban infrastructure plan that also incorporated elements of conservation.

Your proposal was for “Adare Park,” a linear park around the circumference of the lake that provided “ample urban greenspace for the city” and was “complete with a wide boulevard to facilitate future urbanization,” as well as buffer zones to “prevent erosion and help the lake’s ecology recuperate.”  What was it like presenting this to the mayor?

I was a little nervous.  We actually presented it to him in his office.  He was really quiet and was taking notes, and he had a lot of questions for us, but at the end he was very receptive.  His attitude was, “Yes, we want to do something for the city.  This is very important to us.”  Mind you, this is a small city in a developing country, and sustainability is one of their main issues.  So this was a very mature way of thinking.  I think that’s one of the reasons why we were working with a city like Hawassa, because they’re more aware of their path going forward, and the mayor started talking about how he wanted to work with us to do that.  So there wasn’t even a question of “I don’t know, let me think about it,” because the conversation immediately went on about funds, how we’re going to raise them, if we can form a public-private partnership, how Stern can help.  I was very surprised because there’s the difference in position between public officials and students, but he was very, very nice.  I also credit the Urbanization Project with building up that relationship and trust.

I’ve never felt as invested in a project or course as I did with this project.  We went to this place where the lake—it gives its name to the city.  People chill there, people gather by it, there’s a lively fish market on the shore and an airport being built on the other side [of the lake]—the whole city revolves around the lake, and you get to impact it in a positive way.  On a project like this, you feel more ownership.  You can see that something you’re doing can actually be nice for someone.  It sounds cliché, but because of this, all of us were really invested, especially the week that we were there.  It was also just a very different experience.  On one day we went up to the mountain in the city, where you can get a 360-degree view, and Patrick was showing us the roads that were being laid, and the roads were the result of what Patrick and his team have done in the past.

What other resources at Stern did you use to help you accomplish this project?

OSE really helped us out, and not only in terms of getting the project done.  We decided a week before [we left] that we were going to go there the week after.  The five of us then had to coordinate, and OSE just hustled through everything, and we got everything booked in less than a week, from deciding to go to actually going.  So I think that they really helped us out.  It wasn’t necessary for us to visit, but we knew we wanted to go at some point, and we didn’t know at what point.  Should we go at the end to present [our plan]?  We were having troubles initially because we couldn’t really get in touch with the city government officials.  They were in touch for work, but on a day-to-day basis it was more difficult to reach them, so we actually had the most interaction with them once we went there.  This was an issue, but Patrick knew the lay of the land, so we were still able to get things moving.  Anyway, we knew we had to go there before the project was over, so we really had to hustle and get it done, and OSE really helped us out there.

How do you think this experience influences what you do moving forward?

I have a takeaway for students, which is that they should try to be part of things that may not necessarily fall in line with their immediate career goals—I’m going into finance, so I would have never done this if I had thought about that.  It’s too early to tell what influence it’s had in my life, but it’s definitely changed the way I look at the world.  It’s the best course that I’ve had at Stern, and when I think about my MBA and look back at my top experience this is what I’ll think about.

Sternspective is a new series of interviews with Sternies about the diverse paths they are taking in the classroom and beyond.  Check out our previous post about marketing here.