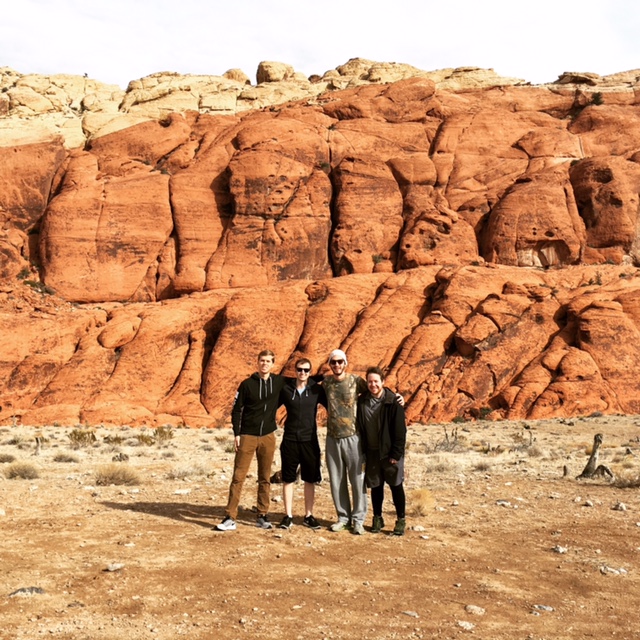 One of the greatest aspects of Stern is the opportunity to travel with classmates on weekends, over the summer and during school breaks. Over winter break I had the opportunity to travel to Steamboat Springs on the Stern Ski Trip and to Las Vegas as part of the Operations in Vegas class. The ski trip was a fun vacation with friends to lay fresh tracks, eat good food and explore all Steamboat has to offer, but Ops in Vegas was really a once in a lifetime experience. 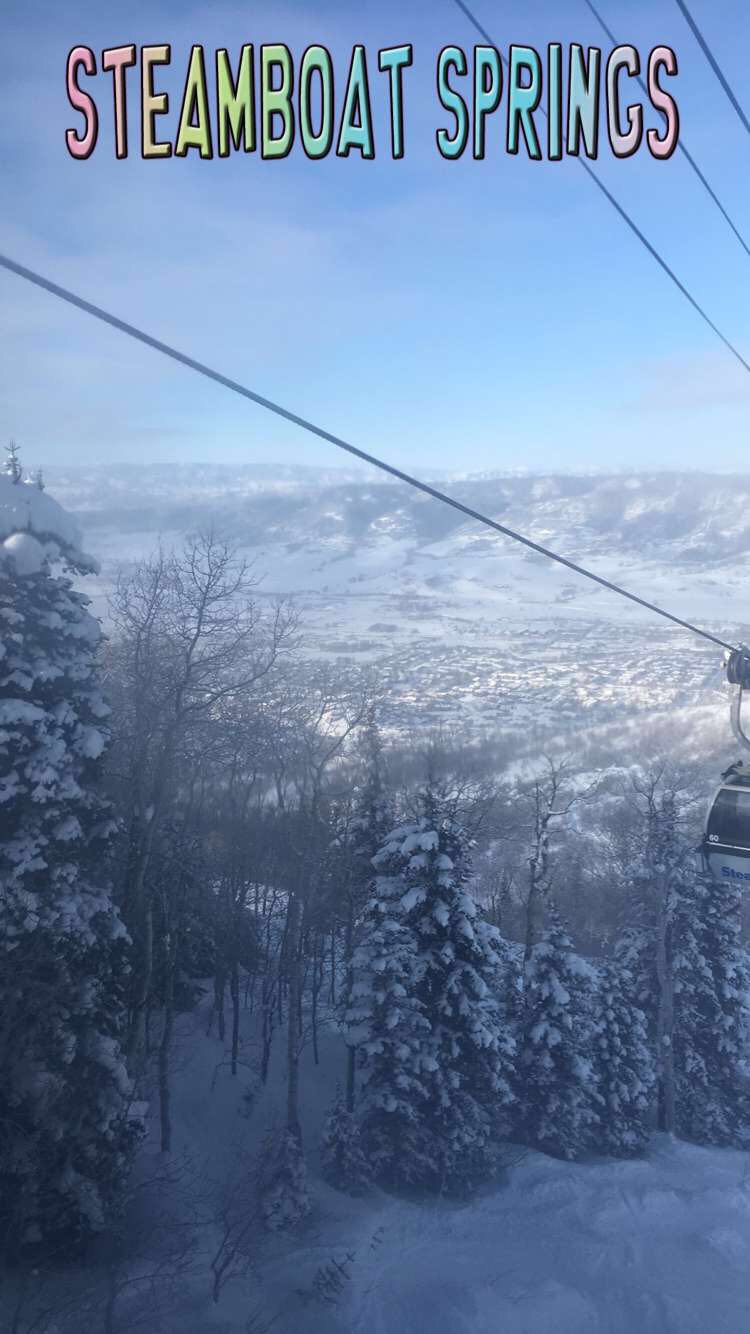 (View from the gondola headed up the mountain in Steamboat)

I arrived in Las Vegas on Saturday one day before the class officially started with a few other MBA2s so that we could watch the first round of the NFL playoffs in a sportsbook and hike in Red Rock Canyon National Conservation Area. The class  kicked off on Sunday night with a nice welcome dinner and the warning that the next few days would be very intense. On Monday morning we had the opportunity to meet with a number of executives from Station Casinos including top executives in charge of the hotels, analytics, and marketing as well as the new COO of Ultimate Fighting Championship Lawrence Epstein. Most importantly, we had a lengthy conversation with Lorenzo Fertitta, a Stern alumni (1993) who recently sold the UFC to William Morris Endeavor, served as Commissioner on the Nevada State Athletic Commission, and also is the principal shareholder of Station Casinos with his brother Frank. To hear directly from Lorenzo about how he turned the UFC from a bankrupt company he purchased for $2 million into the massive media empire he just sold for $4.3 billion was an eye opening business lesson. Our day finished up with a cocktail party in one of the suites at Green Valley Ranch while Clemson stunned Alabama in the national championship game.

Tuesday continued with lectures including from the head of security for Station Casinos, and former Las Vegas Chief of Police, Bill Young at Green Valley Ranch before heading over to Light Nightclub at the Manadaly Bay hotel for a behind the scenes tour of what makes the club run. Our day finished with a bowling event in one of the private bowling rooms at Red Rock Casino. 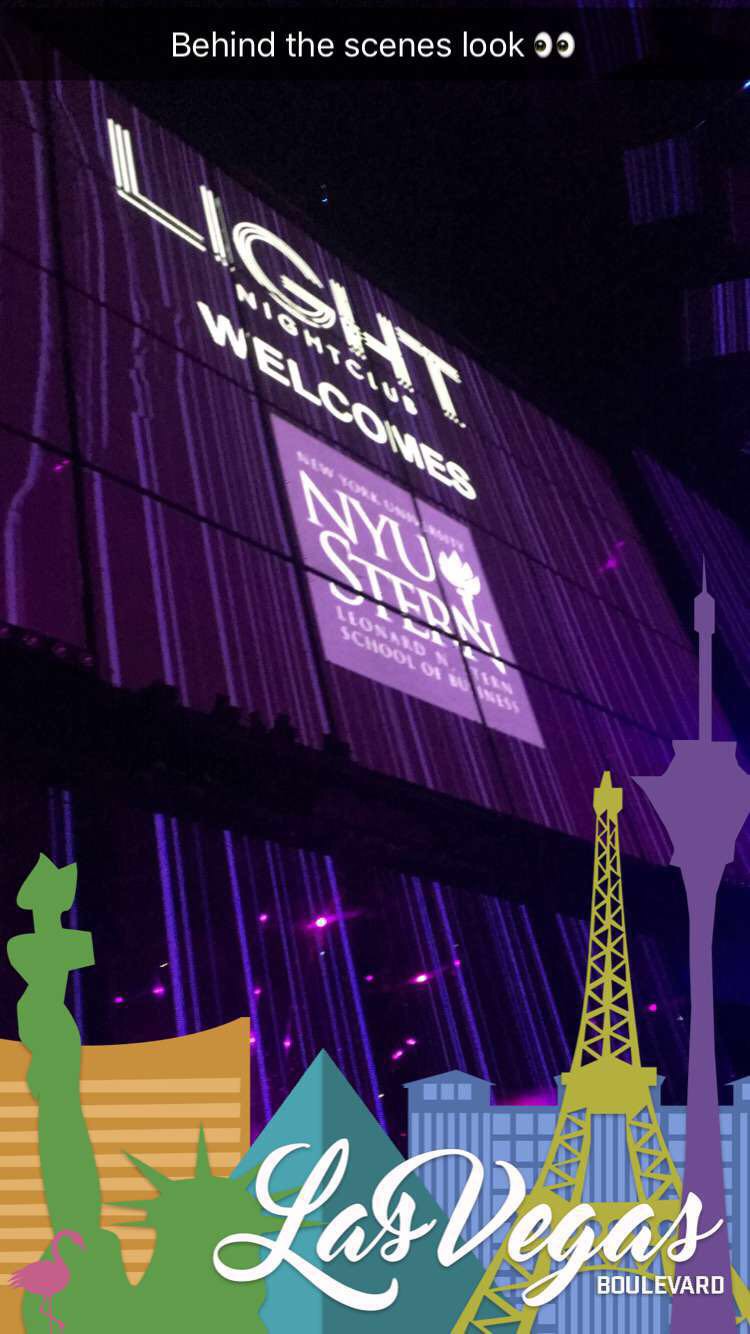 On Wednesday we went to downtown Las Vegas where we learned about the downtown revitalization project, got an inside look at Zappos, and toured the D Hotel. Unfortunately, I don’t have any photos from Zappos because they’re very secretive, but there were many pieces of amazing art downtown to try and draw more tourists to come off of the strip. Our night concluded with a trip to Light Nightclub to gather firsthand “research” and see Pusha T perform with Baauer. 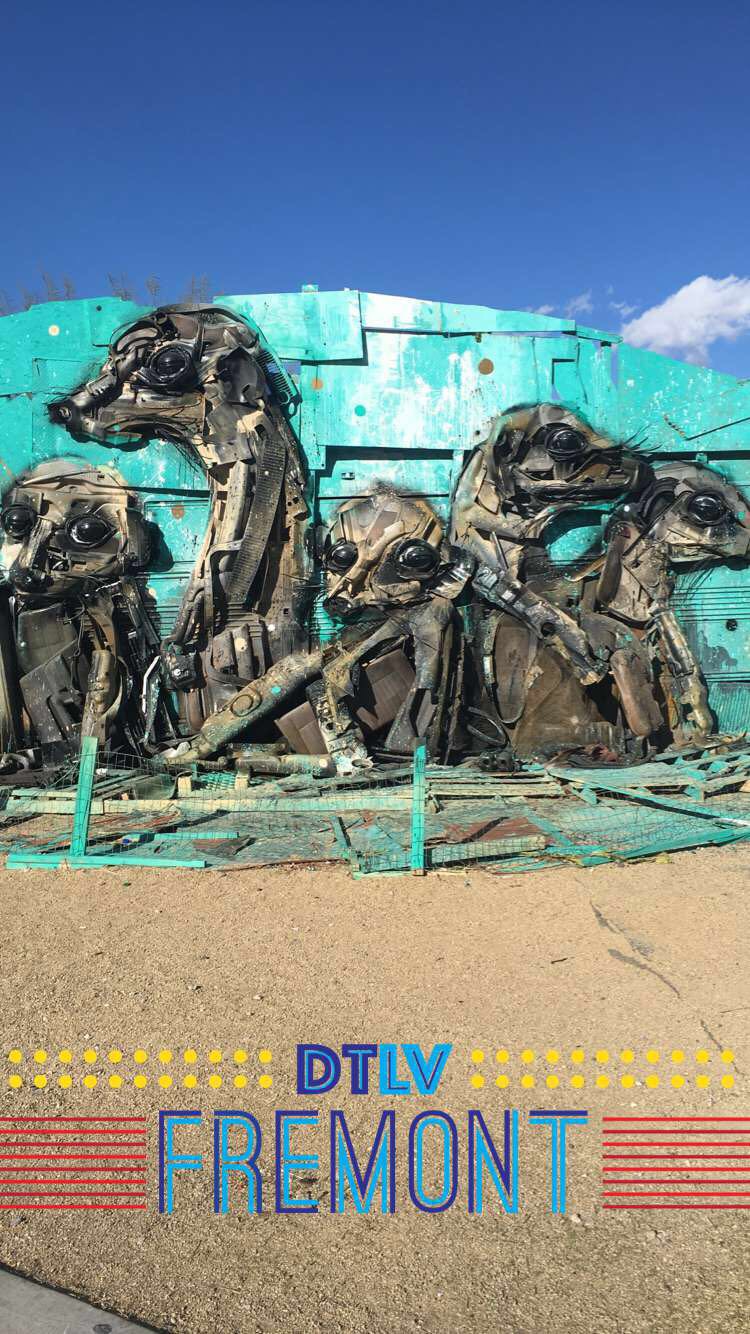 (Some of the awesome art downtown)

Thursday was the coolest day of the whole trip for me as we got to go behind the scenes at the Bellagio where we saw everything from the inside of the security room (no pictures allowed), to underneath the famous fountain, to the high-roller suites where the only way to get a room is to gamble millions of dollars in a weekend. We visited the employee level on the 2nd floor of the hotel where 8,000 employees visit every single day to get laundry, eat in the cafeterias, relax, go to the bank, and do so much more inside their mini-city. Our class saw how the Cirque du Soleil show O is performed as we went backstage, underneath the floor to the pool area, and finally to great seats in the audience to watch the performance. 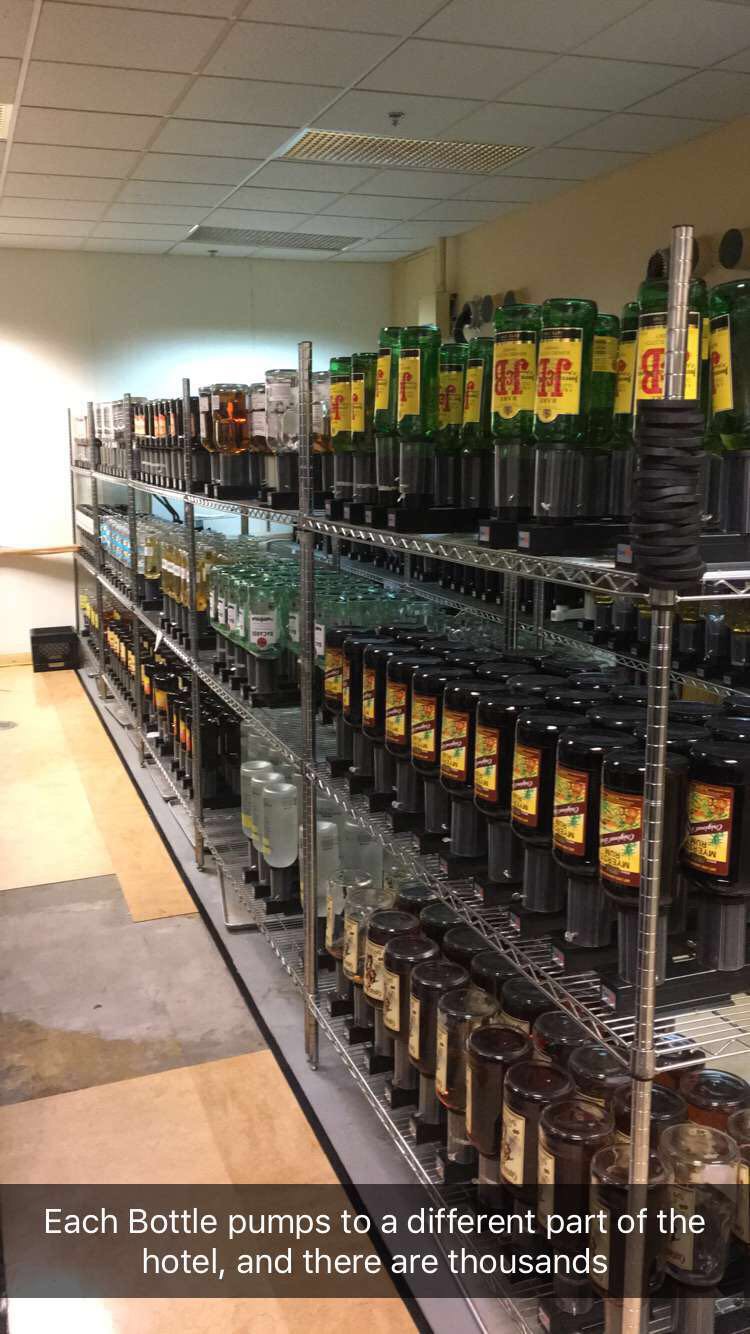 Friday focused on real estate as we saw Professor Chernoff’s commercial real estate development in Spanish Trails industrial park before heading back to the hotel for an afternoon lesson on poker from world-renowned poker professional Mike Sexton. For those who really love poker, it was truly a priceless experience to hear the keys to successful poker strategy from someone who has won millions of dollars and World Series of Poker titles. Our Friday finished with a goodbye dinner and drinks before everyone headed out.

In addition to the amazing speakers, behind the scenes look at some of Vegas’s most iconic landmarks, and company visits, we had a great time playing poker together, exploring everything Vegas has to offer and most importantly…. getting three credits closer to graduation! 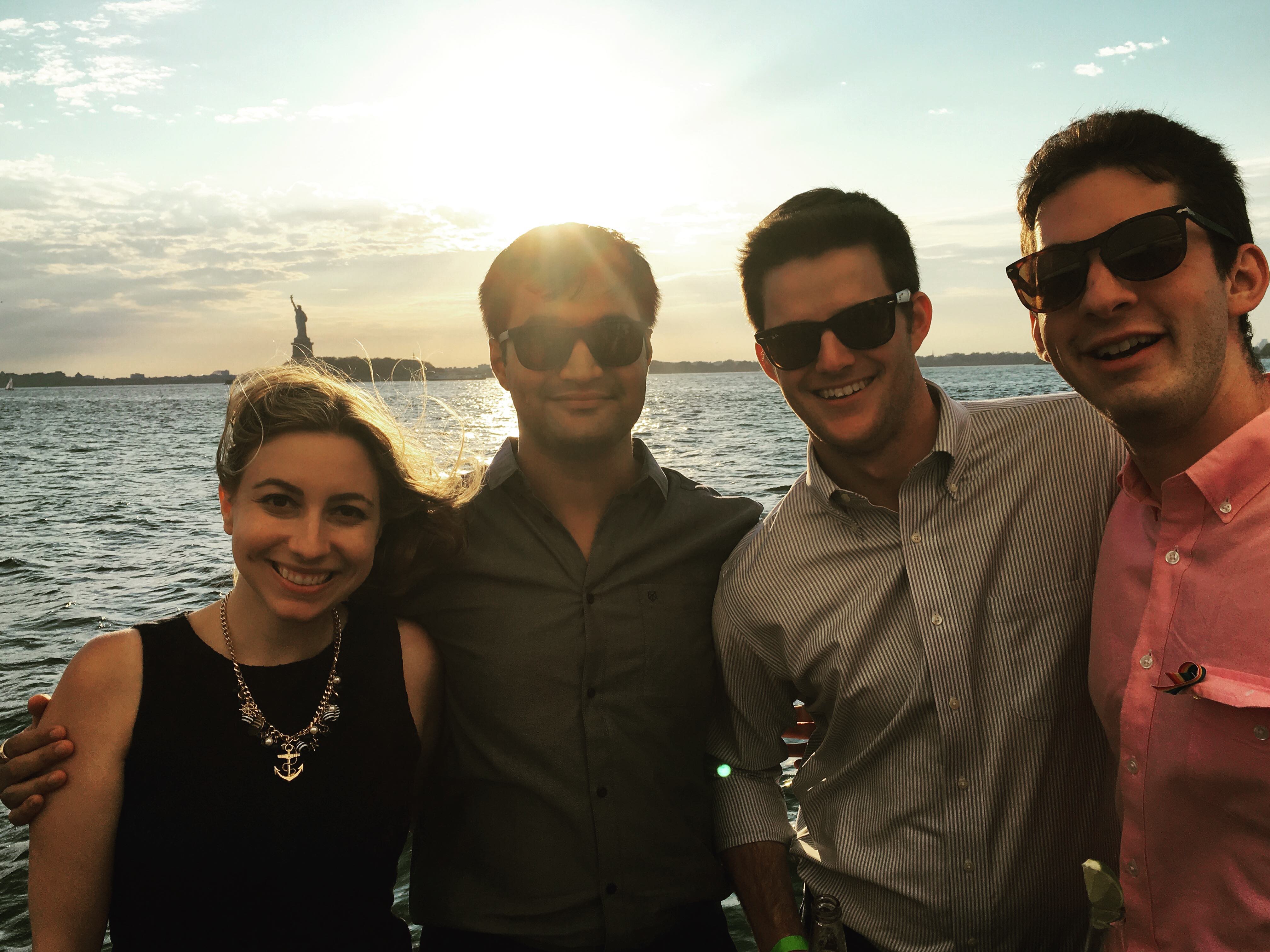 It seems like just a few days ago that I was finishing up my summer internship at McKinsey and getting ready for classes to begin but here we are now almost done with the first semester… It is truly amazing how quickly time flies during business school.

Some of the most common questions I receive from prospective students considering Stern are about how to prepare for recruiting.  One of my favorite aspects of Stern is that everyone in the Stern community works incredibly hard to make sure you are prepared for interviews.  As someone heavily involved with the recruiting process for consulting, I thought it would be helpful to share a taste of what I am currently working on to give back to first year students.

In my official capacity as a career mentor with the Office of Career Development, I host many helpful events for students. Before school was really underway I worked with students during the IGNITE workshops to write, practice and perfect their 30 second elevator pitch to employers. I reviewed the resumes of 12 students who are recruiting for consulting, then met with them one-on-one to help them wordsmith their points to make the strongest skills stand out. Right now I am working with other MBA2’s to host sessions on recruiting topics like how to navigate the corporate presentations and what to do during informational interviews. Before interviews start in January I’ll work with another group of students one-on-one to do practice interviews so they will be completely ready when on-campus interviews begin.

As a board member of the Management Consulting Association, I co-lead MCA’s weekly casing bootcamp session with another MBA2 student Michelle. Bootcamp happens every Wednesday afternoon and we teach how to do the technical part of a consulting interview, the case, from start-to-finish. From the framework, to the conclusion, with all the brainstorming, charts, and math you will ever need in-between, the eight interactive weekly sessions will get anyone ready to crush their case interview. If the promise of succeeding in the interview isn’t enough, we also provide awesome snacks like empanadas, cookies, and cannolis, to get your brain moving.

Over 20 MBA2’s, including myself, help prepare first year students interested in consulting through MCA’s mentorship program. Every Tuesday morning I meet with five first years to help work through the topics from bootcamp in a smaller group setting as well as answer any questions about the recruiting process.  It is an opportunity for first years to get an honest perspective on tough questions like how to request an informational interview as well as a chance to get to know their classmates better. As the application deadline approaches I’ll review their cover letters, help fine tune resumes, and give one-on-one case coaching so they’ll be as prepared as possible for their interviews.

There are many more examples of peer-led preparation I work on including the two for one casing initiative, corporate case competitions, informal coffee chats, and much more. Stern is really an amazing community where everyone invests in the success of their peers; feel free to reach out if you have any questions!