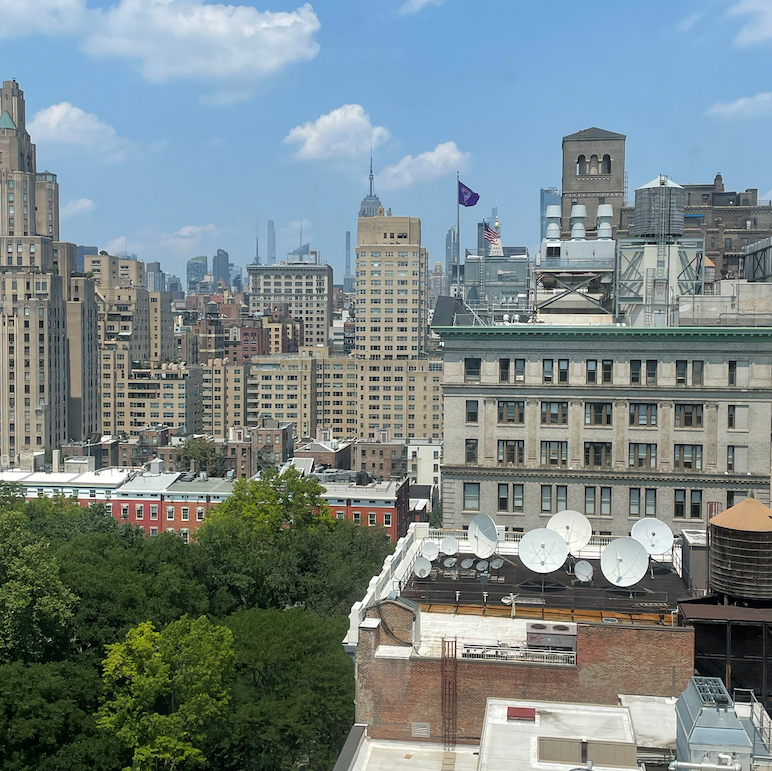 One of the most exciting parts of the Stern Tech MBA program is the opportunity to live and be a student in Manhattan! However, it can be daunting to think about moving to one of the most well known cities in the world. It is quite natural to feel intimidated, or even unsure, about making this kind of move. I moved to New York City from Boston in 2016, and while I had a network of friends from college already living here, I remember feeling overwhelmed by the apartment search process. There are so many neighborhoods and options, and it felt difficult to determine which apartments would be a good fit.

I used resources like Street Easy and The Listings Project to look for apartments and eventually found a great spot in Williamsburg, which is a neighborhood in Brooklyn. I have lived in Brooklyn ever since, and found it easy to commute to Manhattan for class. If you aren’t a fan of waking up earlier for those 9am classes, it might make sense to look at housing in the West Village, Noho, or Soho to be able to walk to class, but for me it takes about 30-40 minutes via direct train to get to campus. There are different options for looking at housing during your time at school. NYU offers student housing, which is very close to campus. Pricing wise, the student housing might not be much cheaper, so many students decide to look for apartments on their own. Many people in our class live together after meeting online or at pre-MBA events. My classmates live ALL over the city, in Manhattan, The Bronx, Brooklyn, and even New Jersey. New York City is on a speedier rental cycle, so most apartments go on the market about one month prior to the move in date. At first this worried me, but once I started searching, I realized there were so many options it didn’t make much of a difference. It’s important to have documentation like your admission letter, bank and tax statements, and prior landlord information on hand when you are looking, because the process can move quite quickly. Remember that there is no wrong neighborhood to live in!

New York City has so much to offer. I am constantly reading about new restaurants on The Infatuation, and starting the MBA really opened me up to new spots, cultures, and amazingly fun activities with my new classmates. Even as someone who had been living in the city for quite some time, it was incredible to connect with classmates and have tons of fun in a city where so many people were just moving to and making the most of. And remember, a home can be whatever you need it to be, so once you settle into your student routine, you will be able to control your pace and make plenty of time for rest and recharge.