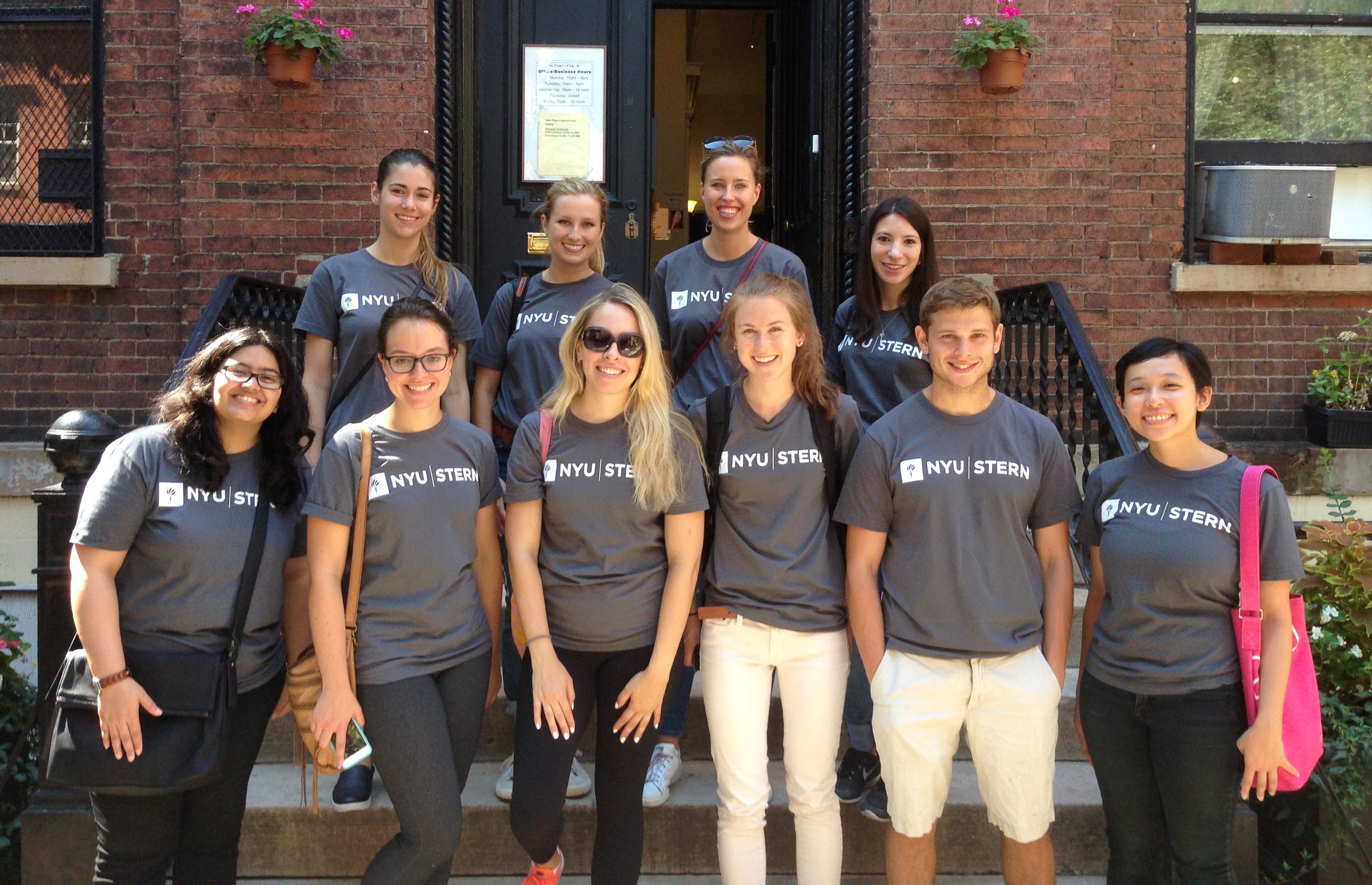 The sun is shining.  The air is hot.  The open area in front of Stern that is Gould Plaza is once again a concrete quad where hundreds of students cross paths daily, colliding at will—conversations shared, smiles exchanged, waves projected from afar.

Through the familiar swoosh-swoosh of the revolving doors is a hive buzzing with activity.  Students run to and from class, meetings, and meet-ups. The first-years are rushing to their core classes and club kick-offs, as they feel the pressure to dive in and take in as much as the school has to offer (which can certainly feel like too much at times!).  The second-years happily reconnect after three months of time apart, before breaking away themselves, away to their elective classes, away to lead the club meetings for the first-years, away to find full-time jobs.

As a second-year, things are a bit different, of course.  I miss the ex-MBA2s who I looked up to as mentors.  I miss taking classes with my block.  I miss my dual-degree classmates who are off fulfilling requirements at their other NYU schools this semester.

Yet I love having another 400 people to meet and talk to.  I love being able to offer my time and experiences to them.  Even within my year, while our disparate schedules sometimes mean that my usual friends and I see each other less, I love that it is allowing me to continue to meet people who I had not yet had the chance to meet before.

Of course, it is a lovely feeling to be able to return to school with rich relationships already in place.  Just this summer, I had the chance to meet and become closer with dozens of Sternies.  If you’ve read my earlier post about the Cannes Film Festival class, you would know that I spent a week running around the French Riviera with 25 of my classmates, only five of whom I would say I knew well before the trip.  Then right before school started, along with 20 Sternies (and seven Stern Partners), I attended the wedding of one of my best friends at Stern (despite having met him only a year ago!).  In this case, almost all of us knew each other well already because we recruited with each other and/or are in the same block, but I still came away from that weekend feeling that I had taken part in something special with my classmates, something that will connect us for life.

Indeed, every time I reflect on my network I’m amazed at how much it has grown, how quickly it continues to grow, and how strong and healthy it is.  I imagine that if one’s network were a wholly tangible thing, watching it grow would be like watching an oak tree grow from a sapling to maturity in two years.

And the growth continues.  So far, I’ve had the chance to interact with the MBA1s at LAUNCH (orientation), where I met about a fifth of the class at the Club Expo and another nine on their LAUNCH Day of Service.

Also, this past Saturday I had the chance to chat with even more first-years at our MBA1/MBA2 mixer.  While I was there, another MBA2 and I were especially delighted to run into the new MBA1 roommate of one of our dear friends, who was not present at the time.  We promptly sent said friend the following message:

And so we’re back!  A new year.  New connections.  New possibilities.

It has been a while since my last post. The semester is almost over and as I reflect on the last two years, I realize how much work we have put into it. Today I wanted to highlight 6 startups and projects that were started by my peers while in business school.

Lenore Champagne Beirne and Ronica Reddick met at Stern and they are both currently working on a project called the Little Bright Notebook. It is a project design tool for creators and innovators. They combined their experience in coaching, entrepreneurship, and creative work to build a notebook that helps you plan for your next big idea.

Leah Shisha and Isha Vij also met at Stern, and they decided to launch Caper: a company that plans and organizes bachelorette parties. They both realized that there was an opportunity to take the stress out of the planning and to create an amazing experience for the bride-to-be and her friends. 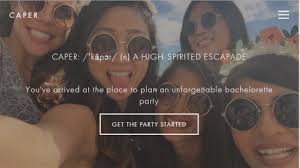 Chris Shaw has decided to use his previous military experience to start an innovative leadership program, called CORE leader. His company offers different team building and leadership activities that can be tailored for your team.

Sarah Manning started Colabas, an ecommerce store. She started it in her ‘Social Problem Based Entrepreneurship class’, where she got a chance to visit India and to conduct on the ground market research. Her company curates and sells socially conscious jewelry, accessories, and décor products handmade in India. Some of the proceeds are also donated to charitable organizations.

Juan Sebastian Cadavid started Grou (sounds like Grow), a marketplace for farmers in Latin America. The marketplace aggregates products from multiple farmers in order to provide the quantities that large buyers need. At the same time, it allows smallholder farmers to identify opportunities to sell their crops at fair prices.

Finally, Perryne Vyas Desai started TujaTravel, a travel service company. Her company helps individuals and groups organize their trips by helping them build their travel package. So far, Tuja Travel has organized trips in Tanzania, Costa Rica, Fiji, and Spain among others. 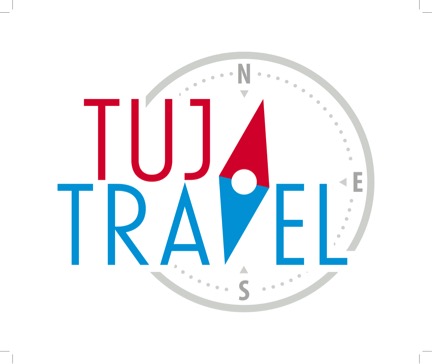 I hope you take a few minutes to check them out! I will be back soon with a personal post reflecting on these last 2 years.

*Disclaimer: All the pictures on this post belong to the respective businesses.

So, I just looked at my calendar and realized we have about 5 more weeks of class and 7 until graduation. SO DEPRESSING! BUT, there are many fun things coming up. Here is a little taste of the life of a second semester almost-done MBA student:

-Going to class is extremely difficult. Mainly because waking up before 10am is a real struggle. #bschoolproblems

-Tomorrow night we (like 10 of us) are meeting up for drinks after night class to catch up on how our weekends were (really tough life, huh?)

-Wednesday we have an all-class bowling event at Bowlmor on University and 12th. The event is open bar bowling for two hours with our whole class and the Administration…get ready!

-Thursday is the last LABA party of the year. This is the semi-annual post-beer blast party that the Latin American Business Association hosts, and it’s always a ton of fun! Great music and company.

-In two weeks is the formal Spring Gala event, where all of us dress up to eat and dance at the Gansevoort…such a classy, fun event every Spring!

-The week after that is a Wine Tour at a few Long Island wineries (hosted by the Cellar club). It’ll be fun to relax on a Saturday and catch up in some beautiful weather over a few glasses of wine!

-After that starts SENIOR WEEK! That includes a boat cruise on the Hudson, themed events throughout the week, a class trip to Atlantic City, and then graduation at Radio City Music Hall.

In summary, it’s going to be a crazy month and a half coming up, but it’s all fun stuff. CANT WAIT!