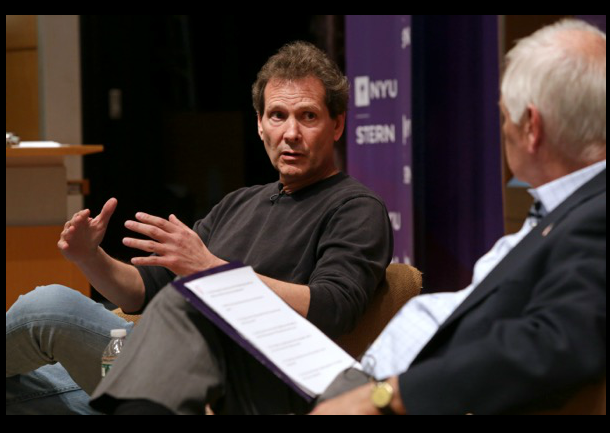 Today, I want to talk to you guys about finance – specifically, Fintech.

As a humanities major, finance as an MBA student has always been a necessary evil. And yet, what I didn’t expect to find was that the disruption of financial technology proved endlessly fascinating to me. From introducing the concept of peer-to-peer lending and crowdfunding, to the simple move to online and mobile banking, this was a space that is growing at tremendous speeds. Just between 2010 and 2015, investment in the industry increased tenfold, from less than $2 billion to nearly $20 billion.

Stern is probably most known for its financial prowess. We have some of the most lauded professors in the industry (Damodaran, Silber and Murphy to name a few), and our unique location in NYC places us only a couple subway stops from Wall Street. Therefore, it only made sense that administration took notice and understood the importance of this growing industry. This past school year, NYU Stern became the first top business school to offer a specialization in fintech.

The value of a MBA degree in the fintech space has always been highly valued, as some of the biggest fintech giants such as SoFi, Commonbond, and Earnest were all co-founded by MBA graduates. However, until recently, MBA students were not provided to the academic and career support to keep up with the industry.  David Yermack, a finance professor as well as academic co-chair of the specialization believes that the key is to create a curriculum that “teach[es] what companies on the outside are hiring students to do.”

As part of the specialization, Stern has introduced eight new courses dedicated to fintech which ranges from understanding blockchains and digital currencies to personal finance and payments and risk management. (For specific courses, see here)

We also kicked off our first ever annual FinTech Conference last November. The conference included panels on marketplace investing vs. venture capital, beyond blockchain, and keynote speakers Ken Kroner (retired Senior Managing Director, BlackRock) and Dan Schulman (Stern MBA ’86 and current CEO, PayPal). You can find out more about the conference here.

Furthermore, since the industry is dominated mostly by startups that are headquartered in NYC, we have also been able to organize multiple treks for company visits, as well as regularly source speakers from companies such as Venmo and Orchard Platform. Overall, the introduction of the specialization has signaled to companies that Stern students are not only interested and serious about this industry, but also possess the relevant skillset and knowledge.

As always, till next time!