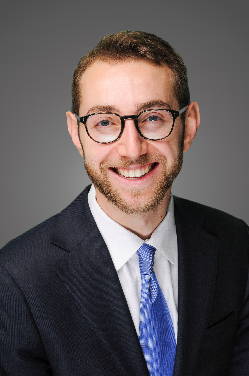 Michael Graf is an MBA2 who spent his summer internship at Facebook. Prior to Stern, he worked at J.P. Morgan Chase as a Reputation Risk Associate. He serves as Co-President of OutClass, an Orientation Leader, a Leadership Fellow, and a Graduate Ambassador. Michael is working towards specializations in Strategy and Leadership & Change Management. He enjoys crossword puzzles, snowboarding, and reading historical fiction.

This fall, I finally had the opportunity to take one of my favorite classes at Stern, Technology Innovation Strategy. I had been looking forward to learning from Professor Melissa Schilling since I made the bold decision to pursue my post-MBA career in Big Tech. As a career switcher from the financial services industry, I wanted to add new skills to my toolkit to better understand and contribute to the fast-paced changes in the tech sector. I was specifically interested in Professor Schilling’s lectures after I heard her speak on NPR about lessons we can learn from the world’s most famous innovators, from Elon Musk to Albert Einstein and Marie Curie.

Technology Innovation Strategy is a half-semester class that flies by in six short weeks, so I knew I had to make the most of each three-hour session. Our first class focused on sources of innovation, where we explored some of the serial innovators that Professor Schilling spoke about on NPR. I was excited and surprised to learn that while we aren’t all born with genius, we can make use of certain techniques and management practices to cultivate innovation. Teams that can lower the price of failure when brainstorming ideas and providing autonomy to independent contributors – and even a dose of caffeine – can facilitate creativity and allow us to engage in unstructured thinking. I was inspired to make some small changes in my routine, like setting aside a half hour before tackling a group project to go for a walk to set the stage for associative thinking, and jotted down the big takeaways to carry with me when I return to work full time.

A later class on technology platforms and dominant designs helped me think critically about decisions made by Facebook’s Gaming team, who I had the opportunity to work with during my summer internship. I learned that certain industries – especially in the technology space, like video games – benefit from a dominant design, a standard that defines the majority of the products in the marketplace. Dominant designs exist because they exhibit increasing returns to adoption, meaning the more a technology is adopted, the more valuable it becomes. In the video game industry, the more users who adopt a certain system, like Nintendo or Xbox, the more likely it is the other users will also adopt that platform. I began to understand why the team spent so much time trying to attract the best and most popular streamers to the platform and investing time in designing tools to incentivize streaming on Facebook, rather than a competitor. The value of Facebook Gaming to users increases with the number of streamers and ultimately the number of other viewers as well. Facebook’s Gaming team thoughtfully went to great lengths to advertise, through headline placement on its website, when a new high-profile streamer had agreed to use the platform. This way, users perceived growth in others adopting the platform, which actually led to increases in adoption.

Not only do I now feel well equipped to understand the strategies behind technology development, but I also feel confident in my ability to analyze the advantages and disadvantages of tech collaboration, deployment and innovation when I return to Facebook as a full-time employee. Professor Schilling’s class equipped me with an academic framework for thoughtfully dissecting the short- and long-term consequences of choosing innovation projects, working quickly or methodically towards a new technology with a partner organization, and even how best to license or trademark advancements. These skills have set me up for success for a career in Big Tech and I can’t wait to put them to use!