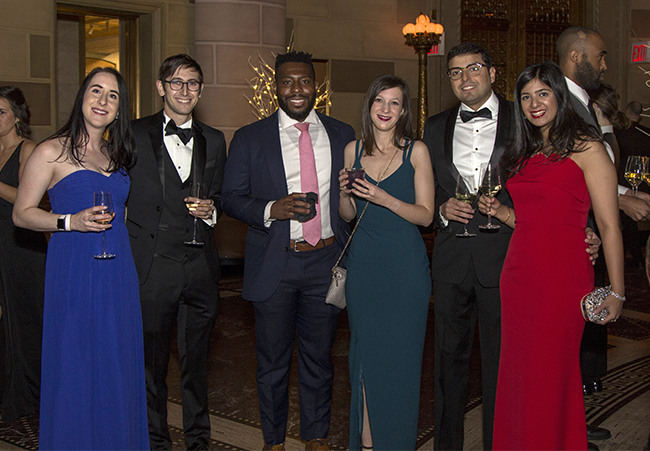 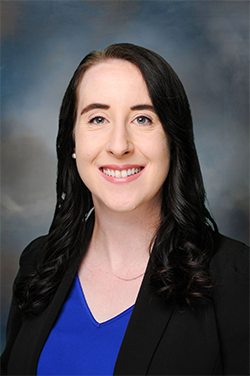 Lee Axelrod is an MBA1 who will be interning in brand management at Bazooka Candy Brands this summer. Lee serves as the co-president of Stern Cellar and the VP of Knowledge Management for the Gradate Marketing Association. She is specializing in Marketing and Strategy.

As my first year at Stern is coming to a close, it feels like a good time to reflect on my experience and how I got here. During my initial weeks on campus, I would often pause in astonishment as I realized that I was actually in an MBA program. Until a few years ago, it had never occurred to me that I could go to business school, so occasionally I would be amazed that I’m really here. However, as the weeks passed and I got more accustomed to my new lifestyle, I acclimated to the experience of being an MBA student and started taking for granted all of the incredible opportunities that I have at Stern. So now I want to take a step back and focus on why I’m here and how grateful I am that I ended up in business school.

Growing up, I was always passionate about reading and art, so it’s not surprising that I chose to major in English and Studio Art in college. I went to Stanford for undergrad and while I valued the opportunity to take classes in a variety of disciplines, I mostly stuck to the arts and humanities during my time there. I became so enthralled with literature that I even decided to apply for a master’s program in English at Stanford, which I completed in one year after finishing my bachelor’s degree. At the time, I was considering getting a Ph.D and going into academia, so pursuing a master’s seemed like a good way to determine if a Ph.D would actually be the right fit for me. I quickly realized that academia was not where I belonged. While I still loved reading, analyzing texts, and writing papers, I hated sitting alone in my apartment all day. I craved human interaction and I really wanted to be part of something bigger than myself. After I finished my degree, I eagerly left academia and sought real-world employment.

When I left school, I was determined to work in an industry that I was passionate about. After searching for a while, I finally landed a job at a small publishing company in San Francisco as a sales and marketing assistant. The publishing world seemed like a great fit for me: it was full of smart, intellectual people who also loved books. I learned a lot in my first role and wanted to broaden my publishing experience, so after a year I moved to Wiley, a large academic publishing company. I started in their San Francisco office as a Sales Support Coordinator, working with our textbook sales reps.

While I was at Wiley, I discovered that I enjoyed corporate life a lot more than I expected. I performed well in my first job, and within a year I was promoted to manage the team as a Sales Support Supervisor. I moved from the San Francisco office to the Hoboken, New Jersey headquarters for the position. Becoming a manager introduced many new challenges, but I loved being able to make important decisions and lead my team on key projects. In my first year as a manager, it occurred to me that I might appreciate having more senior roles in the future, and that one way to advance my career would be to get an MBA.

Although MBAs are common in many industries, they are quite rare in publishing. I only knew one or two colleagues who had gone to business school, so I had very few role models to look up to when considering this new career path. However, I did have several friends from Stanford who had since gone to business school, so I reached out to them to ask about their experience. I was concerned that an MBA program wouldn’t be a good fit for me; after all, I had avoided taking math and econ classes in college and I knew nothing about finance or accounting. I also didn’t know many people who had worked in banking or consulting and I felt that I might not fit in well with hundreds of students who had a vastly different professional experience from mine. I also thought that business students would be competitive, aggressive, elitist, or just bro-y.

However, my Stanford friends assured me that their business school classmates did not fit the stereotype that I had envisioned. In fact, they told me that MBA students were a lot like Stanford students: smart, ambitious, and eager to work hard and play hard. Above all, they emphasized that MBA students weren’t elitist—they were just regular people hoping to advance their careers. And they said that business school wasn’t as competitive as I was imagining, and that business students did look out for each other and support one another.

After thinking over all of this for a year or so, I finally decided to take the GMAT and apply to business school. I was still pretty hesitant about whether this plan would work out. For one thing, I wasn’t sure if I would get into any business schools—maybe they wouldn’t think I was a good fit. Once I started applying to business schools, I felt better about my prospects, but several early visits to MBA programs left me questioning my choice again as I wondered about the student community. Some schools still felt too competitive for me, and while I was eager to advance my career, I questioned whether I would make any friends in the process. However, the community at Stern felt different than my other on-campus visits—students seemed really supportive of each other, and I met other students from non-traditional backgrounds who were thriving. So when I got accepted to Stern and later decided to attend, I still had a few doubts but overall was fairly confident in my choice.

I can now say that business school has been even better than I expected in all possible ways. First, the career opportunities and recruiting process have hugely exceeded my expectations. Stern provides so much support throughout the process, both from the Office of Career Development and from the professional clubs. I feel completely guided in my recruiting journey, rather than left to fend for myself. Second, the core classes in my first semester were more interesting and relevant than I’d anticipated, and I didn’t struggle with the quantitative courses as I had feared I would. The professors and TAs are really helpful, but beyond that, my fellow classmates are unbelievably supportive. When working on a group project or just a homework assignment, they have always helped me if I didn’t understand something—which happened less often than I thought it would.

Lastly and most importantly, the community at Stern is truly amazing. My classmates aren’t competitive—they’re really collaborative, both in the classroom and in the recruiting process. Best of all, I have met many incredible people at Stern and have made real friendships here. I never thought that I would connect deeply to so many people in a business school, but I do feel that I have meaningful relationships with many Stern classmates. There are a lot of other people here from non-traditional backgrounds, but even those coming from finance or consulting are friendly, caring, and fun to hang out with. Contrary to my expectations, they aren’t aggressive or elitist—they’re just regular people trying to advance their career and learn about business, like I am. Ultimately, I’ve realized that we all have a lot in common and we’re all working together to achieve our goals, which is what makes the Stern community so incredible.