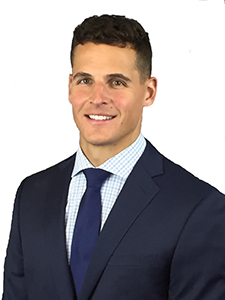 Jeff Battipaglia is a current MBA2 who spent his summer internship working on the Strategy team at BNY Mellon. Jeff is a Co-President of Stern’s Military Veterans Club and VP of Community Services within Student Government. He is specializing in finance and strategy.

In the spring of 2017, I first stepped foot on NYU Stern’s Washington Square Park campus. My close friend’s cousin, Joe Deane (Stern ‘17), had been communicating with me for several months about the program and his career ambitions after graduation. I am pretty good friends with Joe, and so I was not in the least bit surprised to hear him speak highly of Stern and emphasize how much of a great learning (and fun) experience he was having while at school. At the time, I was transitioning out of the Marine Corps, and so Joe was quick to introduce me to a few military veteran friends of his on campus. My fortuitous connection to Joe, and subsequently  Ian Merry (‘17) and Kris Kesting (‘17), were major factors in my decision to attend business school here and join the collegial, supportive and community-focused student body at NYU Stern.

When I arrived for my visit, I was immediately struck by how friendly classmates were to each other and to visitors as they shuffled about KMC during their busy days of classes and recruiting. I soon realized that this excitement about Stern exhibited by Joe, Ian and Kris was ubiquitous all over campus, and it resonated with me in terms of a school fit. Joe was extremely knowledgeable and helpful in explaining the recruiting process, particularly in the finance/banking arena, and its role in selecting an MBA program to attend. Ian and Kris provided great insight and personal lessons learned during their respective transitions out of the military and how the Military Veterans Club at Stern is unique compared to other schools’ veterans clubs. Their unsolicited friendship and enthusiasm for Stern was not lost on me, and after that visit, I knew that 44 W. 4th St. was where I wanted to be for the next two years.

After matriculating in the summer of 2018, I knew that my responsibilities as a Sternie would extend beyond the classroom and career corporate presentations. I desired to be an ambassador for the school and an advocate for applicants, much like the gentlemen described above were to me. The notion of “paying it forward” was never explicitly mentioned to me, but rather became a sort of innate feeling once enrolled at Stern. Although much of my first year was focused on academics and internship/career opportunities, those prioritized efforts have afforded me time and resources during my second year to pursue activities that support Stern and the greater community. I currently serve as a co-president for the Military Veterans Club, and also as a Student Government vice president with the Community Service team. Additionally, I work in the admissions office as a “graduate ambassador,” connecting with prospective students and helping describe Stern, its mission, and the application process.

Attending NYU Stern has afforded me the opportunity to earn a world-class business school education, to make new life-long friendships, and to pursue my career ambitions with conviction and confidence. Like Joe, Ian and Kris, paying it forward to future Sternies is easy to me. Promoting and supporting this school is simple when one’s passion and purpose are aligned into the bigger picture of what Stern is all about.