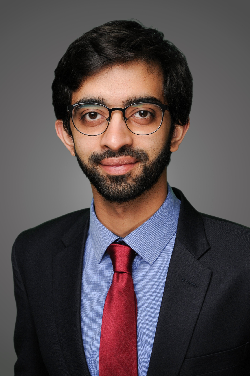 Asad Farooqi is an MBA2 and spent the summer as a Product Manager at Amazon and will be returning there full-time after graduation. He serves as Co-President of the South Asian Business Association at Stern (SABAS), and holds leadership positions in the Arts, Culture, Cuisine (ACC) and CannaBusiness clubs. He is specializing in Strategy and Product Management.

It would be an understatement to say that this fall semester has followed any traditional or expected path. As the new class of MBAs started rolling it, we realized early on that even with a hybrid approach to school-life, we would be making a lot of adjustments not just to how we approached classes and group work, but also in terms of maintaining a bustling roster of club events. Student-run clubs are one of the most rewarding and engaging aspects of the Stern community and preserving their inherent awesomeness and ability to bring people together through shared interests was top-of-mind as the semester began. Being personally involved with a few of the boards (including the South Asian Business Association, CannaBusiness, Arts, Culture, and Cuisine Club), I got a firsthand view into the planning process during this tumultuous time.

There were a couple of significant challenges that popped up as planning continued. The first was our inability to host in-person events given that the city and university guidelines led to limited options. The second factor was the inevitable Zoom-fatigue that has been all-too-common as the semester progressed, which makes participation and engagement less likely. Our respective boards, in conjecture with Student Government and the Office of Student Affairs, formulated several experimental social and professional club-organized events. Some examples of the type of events that we’ve never had before at Stern include virtual speed networking, online cocktail and food preparation courses, and even a digitally-hosted Stern Speaks (where a handful of amazing MBA students share their life stories). As the situation in NYC started getting better in terms of COVID-19, the school administration eased up on certain restrictions that allowed us to plan socially-distant, in-person events to try to bring back a semblance of normalcy to our city routines. That led to hiking trips upstate, food treks in the city, and the occasional picnic in the park. All with masks and ample precautions.

Given the unorthodox start to the semester, especially for the incoming class, the entire administration and second-year class wanted to ensure that the students in the city, and attending classes virtually from all across the world, could still partake in all of the rich business school experiences. While we are all dearly missing out international trips and large gatherings, the spirit of NYU Stern and its sense of community has been strong throughout the past few months. As we wind down the first fully online semester at Stern, our ability to persevere and maintain a bustling social events calendar has been very rewarding. We hope that the next few months allow us to expand on these activities, but the essence of our experiences is still being captured, albeit in a very different fashion.